Step 2 – Play a Game and report it 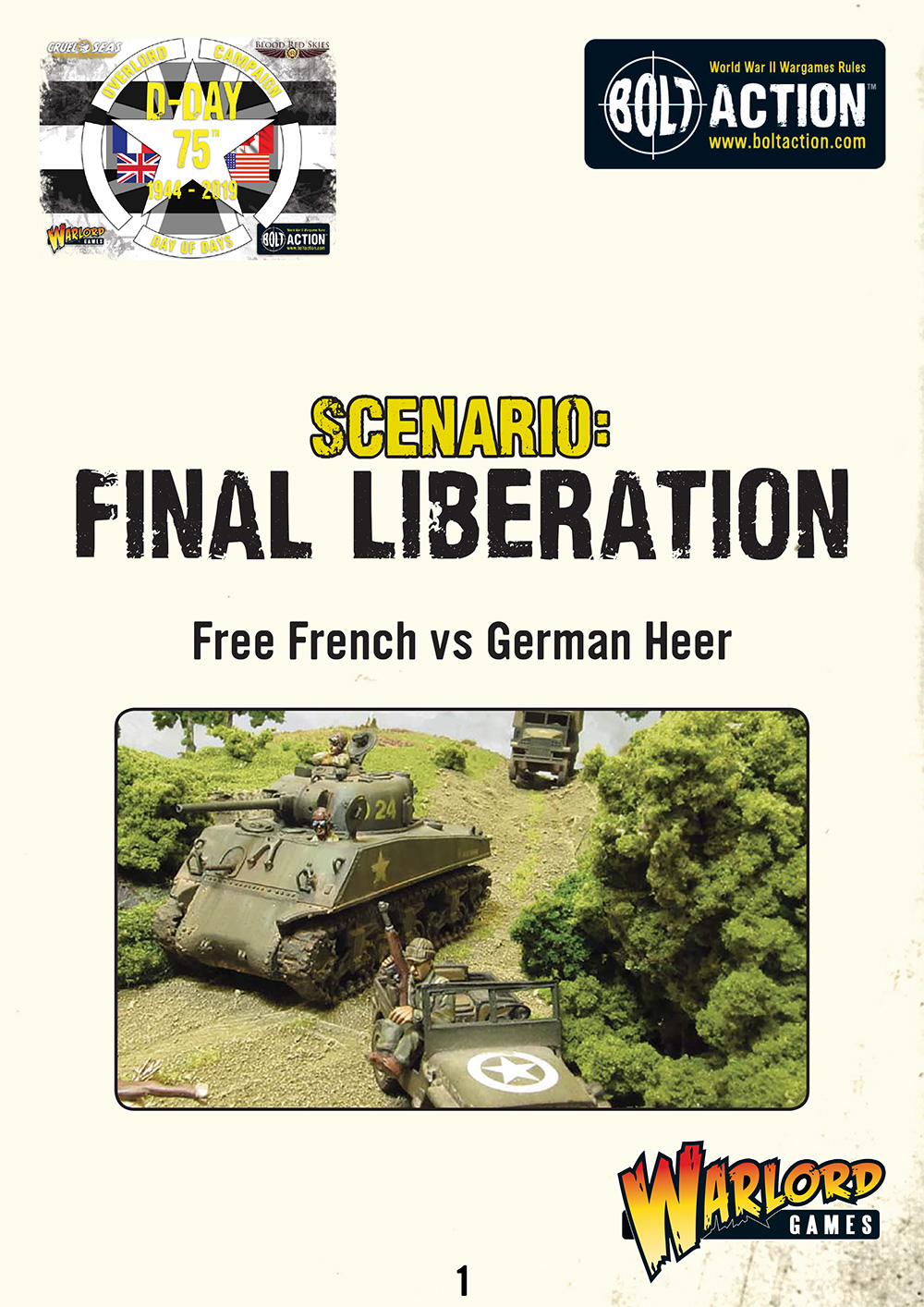 Visit our Scenarios page for a comprehensive list of D-Day Campaign scenarios and associated special rules.

Phase 6 was close fought but the Allies prevailed and liberated Paris! Our D-Day campaign is now complete, with a 51% to 49% Allied victory. Thank you to all of you who took part, whether on land, at sea or in the skies.

The submarines X23 and X24 (Operation Gambit) were positioned off Ouistreham Riva-Bella and Le Hamel beaches, the towns delineating the area affected to the Commonwealth forces.

Early afternoon:
The sweepers cleaned the channels leading to the beach allowing the Navy to set off a few hours later
9.15pm onward.
The BBC issued the coded messages.
11.30pm: Start of the first aerial bombardment

Operation Bodyguard
Elements of the Bodyguard plan were in operation on 6 June 1944 in support of Operation Neptune (the amphibious assault of Normandy). Elaborate naval deceptions (Operations Glimmer, Taxable and Big Drum) were undertaken in the English Channel. Small ships and aircraft simulated invasion fleets lying off Pas de Calais, Cap dAntifer and the western flank of the real invasion force. At the same time, Operation Titanic involved the RAF dropping fake paratroopers to the east and west of the Normandy landings.

7.25am :
British and Free French forces land at Sword Beach in Operation Overlord.

7.55am :
Canadian and British forces land at Juno Beach.