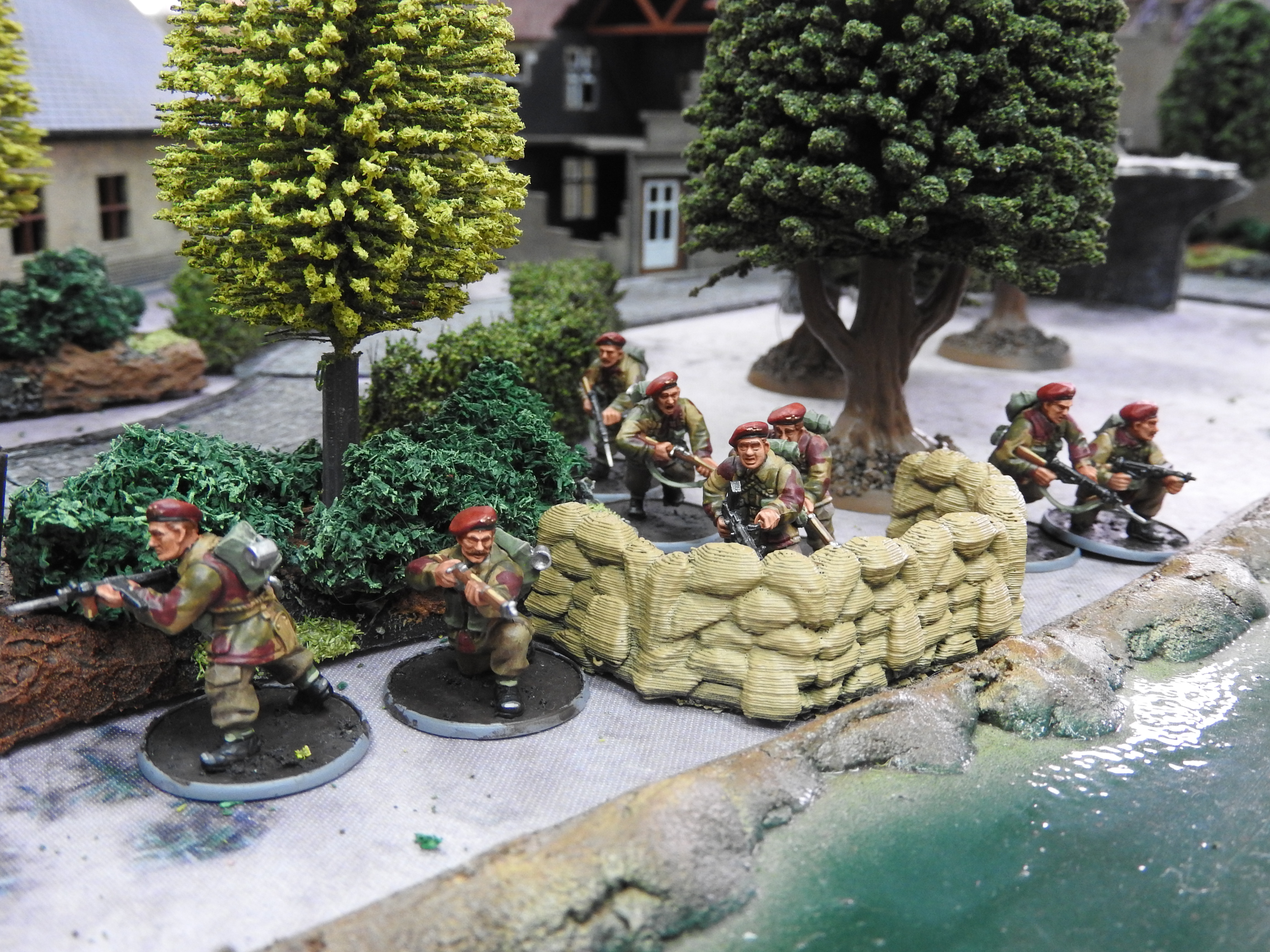 The fighting has been going on for days, with extreme intensity, too many days

Lieutenant-Colonel Otway reports to his Headquarters that he is no longer able to hold the front line with his men.
General Gale commanding the 6th Airborne Division understands the situation well and according to him, it is necessary to give freedom of action to his units by pushing the Germans beyond Bréville.
The capture of Bréville must be led by the 6th Airborne Reserve supported by a squadron of the 13th / 18th Royal Hussars and the 53rd Airlanding Regiment Royal Artillery.

Ten minutes before the attack, the English gunners opened fire and the Germans responded immediately with their own artillery. The assault is given, led by company C 12th Parachute Battalion : very quickly, the officers of this company are put out of action.
The paratroopers finally manage to enter the village of Bréville in flames, they only have about fifteen soldiers still able to fight (a Pioneer section of the 346th German Infantry Division has taken a heavy tribe to the Red Devils.)
Around 23:00 the village of Bréville is finally caught
All night, the position of Bréville is reinforced: the tanks of the 13th / 18th Royal Hussars settle before dawn.
The next day, the village is definitely in the hands of the Allies, but the losses are terrifying on both sides
The Germans will no longer manage to dislodge the Allies from the heights of Bréville during the following days.
The Allied progression can resume, many other battles are waiting to be conducted!