Pavlov’s Dogs versus 3FJD in a fierce infantry engagement 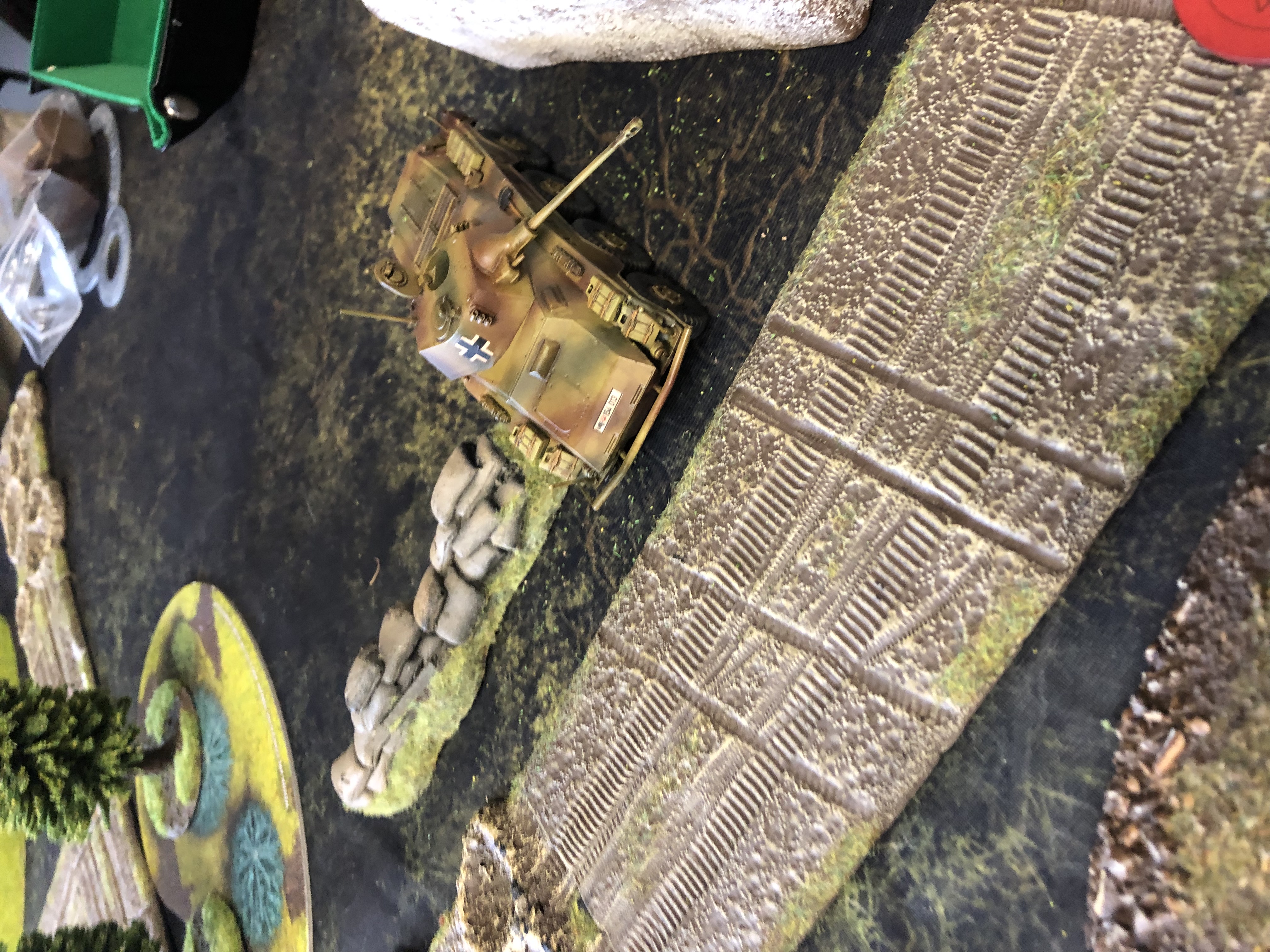 Linking up with local allied
Forces in the weeks following the landings, Pavlov’s dogs fell under SHAEF control until they could be repatriated home.

Unwilling to retire from the front Starshina Pavlov led his men against the elite men of the 3rd Fallschirmjaeger near the village of Carentan. His objective was to screen the flank of the 101st airborne by securing a main road junction into the town to prevent reinforcements.

With both forces racing to seize the key junction Pavlov pushed his men hard. Yefreytor Legasov pushed forward in the centre taking horrendous fire from the opposing German forces but causal ties were fortunately light and Legasov and his men tied up many times their number around the farmhouse, thought the allied artillery certainly helped even the numbers.

On the left flank ignatenko’s pups swept through the orchard assisted by enfilading fire from an MMG and a sniper securing the flank in short order.

On the right flank fighting around the junction itself was fierce with Khomyuk’s veterans and Dyalatov’s men pushing back the Infantry of the 3FJD. In a series of brutal close range engagements. The late arrival of a Puma armoured car did cause some issues due to the lack of AT assets on the area but at the 11th hour the arrival of heavier allied armour caused the German morale to falter and fall back.

During the fighting Pavlov was wounded by an enemy sniper while pushing forward to support Legasov’s men. The wounds will heal but it’s expected it may be some time before he’s fully fit.