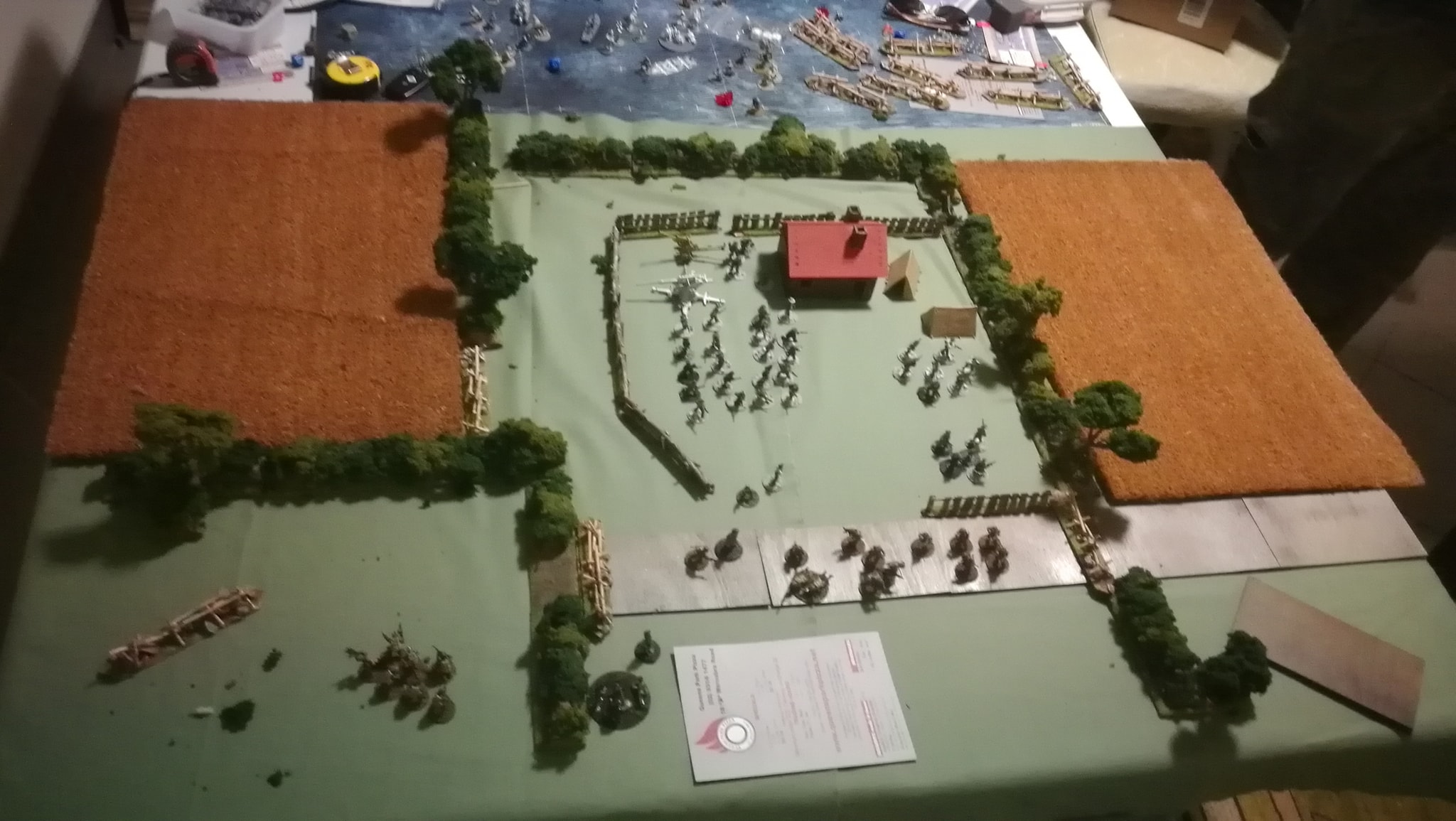 Objectives, Allies must silence the guns (who’s artillery observers were deployed in another game)

Table, The central area was an artillery position, built around a central farm house, with bocage separating the central area form the fields on either side.

The Game: The FFI formed the first wave of the attack with one small squad moving directly to storm the farm yard (with little success), while the rest of the troops moved around the flanks, on the second turn the German Reinforcements arrived and smashed the Ffi’s Left Flank, only to have the two squads defending the farmyard collapse when they were assaulted by Paratroopers at the start of the third turn, At this point the Germans Conceded.