Force Grubber versus Hades Rangers in an armoured engagement

fought an armoured engagement against... 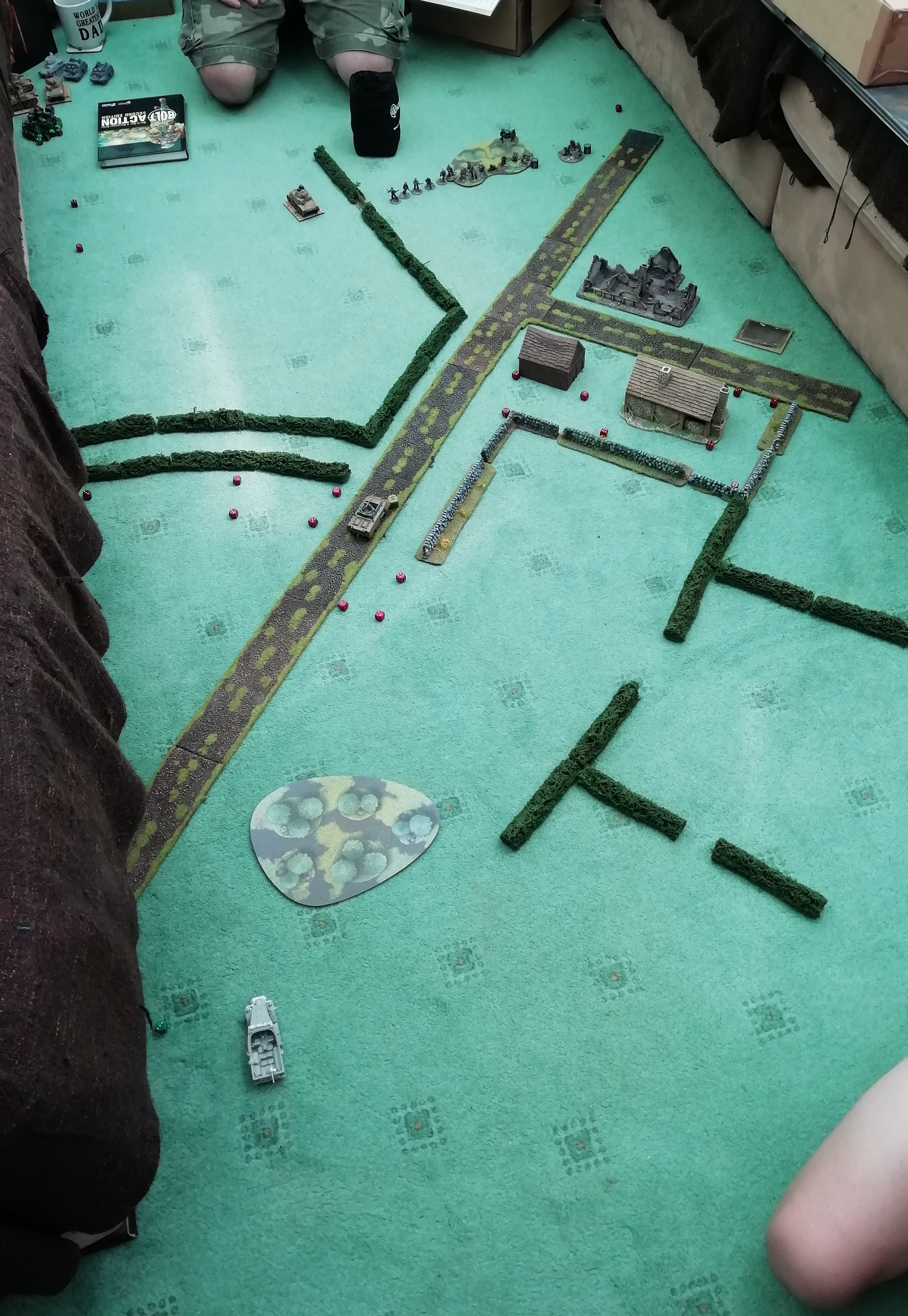 Training Wheels
The wargaming table was set up as closely as possible to the online pdf map, however as was to be noted a slight omission was to be observed by the Allied Forces looking to break out of the beach head landing zone.
At the initial deployment the Allied player positioned his 1# M8 Greyhound and the M3 Scout Car to the near left corner of the map, so as to be as near as possible to the road way. In contrast the Axis player deployed the initial #1R35 Command Tank within the Bocage enclosed area, and the remainder of the infantry units (the Officer + assistant, the sniper team, the medium mortar and the green squad in the wooded area to the far right of the map to wait in ambush for anything moving along the roadway.