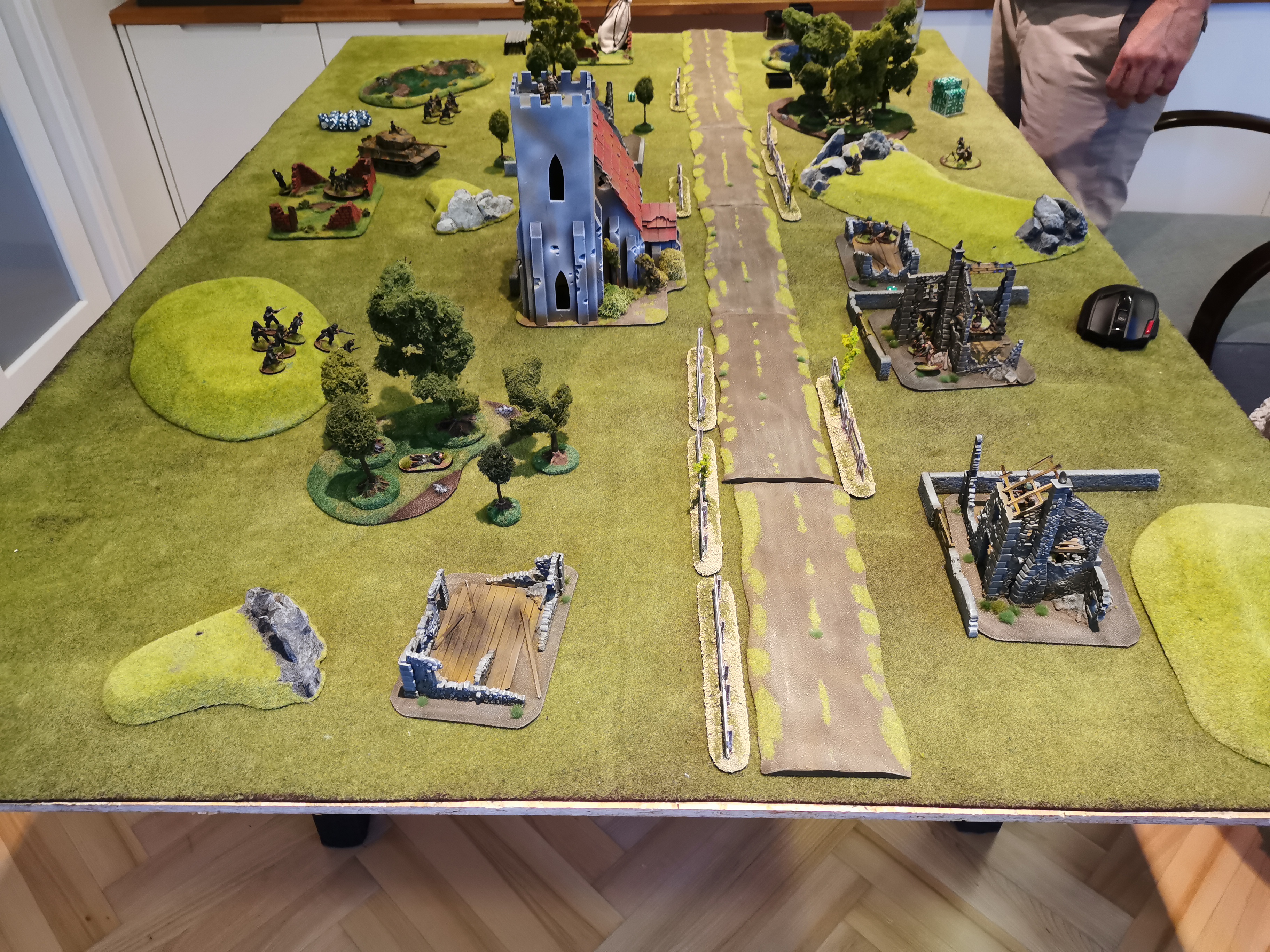 "Hans was a young officer. He finished training in Germany and to gather experience he took command over a platoon in Strafbattalion as a second lieutenant.
His orders were simple - to cover a Panzer Division tanks in the second line of defence in Normandy - the place that was expected to be peaceful and surely not attacked by the Allies."

The battle was fought over a small village with a ruined Church in the middle. We agreed on a simple "kill em all" scenario.

Turn 1 was started with multiple German orders - many lucky shots hit the US pinning and killing the infantry units. The first activated tank was Sherman - he advanced and shot the Tiger setting it on fire. The crew didn't manage to stop it burning and ran away.
Second Turn started with an Allied plane - it eliminated the whole Mortar team. The US infantry shot german counterparts from afar pinning them down.
The third Turn started with another plane making a strafing run - it eliminated the german sniper team. Not much was left for the Germans - they rallied to be prepared for the next Turn, while the US advanced to shorten the distance.
Another three turns (4-6) went quick. The US advanced and eliminated Strafbattalion units.
Hans dodged three Bazooka shots while running forward the enemy. Finally he charged and killed the air observer.
In the last Turn the brave (but young) officer died by the multiple shots of the Sherman tank.